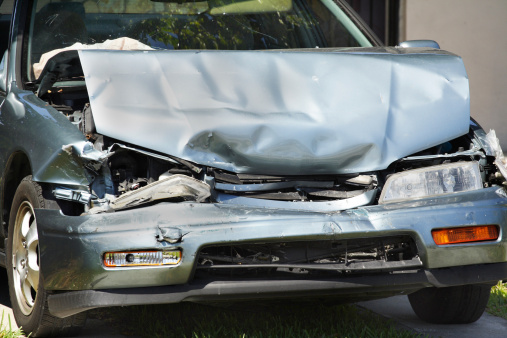 Most people associate "totaled" with a catastrophic crash. But despite how it sounds, a totaled car doesn't necessarily mean a demolished mess. In insurance lingo, it can mean the car can't be returned to a safe, roadworthy condition or, more likely, it would cost more to fix than its retail market value before a crash.

Depending on the type of vehicle, totals often include older cars with purely cosmetic damage.

Totals are on the rise. Owing to improved reliability, many older cars are still on the road. But, since older cars have lower values, more cars reach the total threshold. For newer cars, damage to pricey electronic components also can push them toward a total.

When a car is totaled, the insurance company pays its owner the car's retail market value right before the crash. The insurer takes the car's title, becomes its owner, and typically sells the car for scrap.

"Totaled" is hard to hear for many car owners. Emotional attachment aside, many people have good reason for wanting to keep their cars. They know the car's history. While the insurance payout they'll receive would be enough to replace the car with the same year, make and model, they may not feel confident that the replacement car was as carefully maintained as their own.

If their wrecked car is still essentially roadworthy, some people opt to keep it and make repairs themselves. In that case, the insurance company would pay the pre-crash market value of the car minus what it would have gotten from the salvage yard had it taken possession and sold it for scrap. When the owner keeps the car, insurers are required by law to report to the Department of Licensing that the car was damaged badly enough to be considered a total loss. The title will then be branded so that any future buyer will be aware of the car's history.

In the case of a seriously damaged new car, though, a total can come as a relief. It could mean a sizable enough payment that the owner can confidently buy a replacement vehicle that will be worth more than the wrecked car would have been after repairs.

Car owners with a bank loan should explore gap insurance to make sure they're never left owing more on a car than the settlement they'd receive if it's totaled (see below).

Like many insurance companies, PEMCO does not accept vehicles with branded titles. Besides having more severe losses compared with other cars, they have safety and mechanical concerns that can impact the well-being of everyone on the road. Branded titles identify vehicles as "totaled" in addition to other notations including "salvage," "junk," "dismantled," "flood," "fire" and "hail."

For vehicles with a "Rebuilt" or "Reconstructed" title, we can't offer physical damage coverage (collision, comprehensive, towing and rental reimbursement).

The minute you drive a new car off the lot, it becomes a used car, and its value drops dramatically. That means if you put little or no money down, you could owe more on your car than it's actually worth for several years.

That's a problem if your car is totaled in an accident. Your insurance settlement may not be enough to cover your loan.

To keep that from happening, most insurers, including PEMCO, offer a "Loan/Lease Endorsement" that would pay off your loan if your new or nearly new vehicle gets totaled.* The price is based on the rate you pay for Collision coverage.

If you buy the endorsement, keep an eye on the value of your vehicle. As soon as its value and the amount of your loan are about equal, you'll want to cancel the endorsement.

*Some restrictions can apply to leases such as overdue payments, excess mileage charges, extended warranties, and nonrefundable security deposits.​